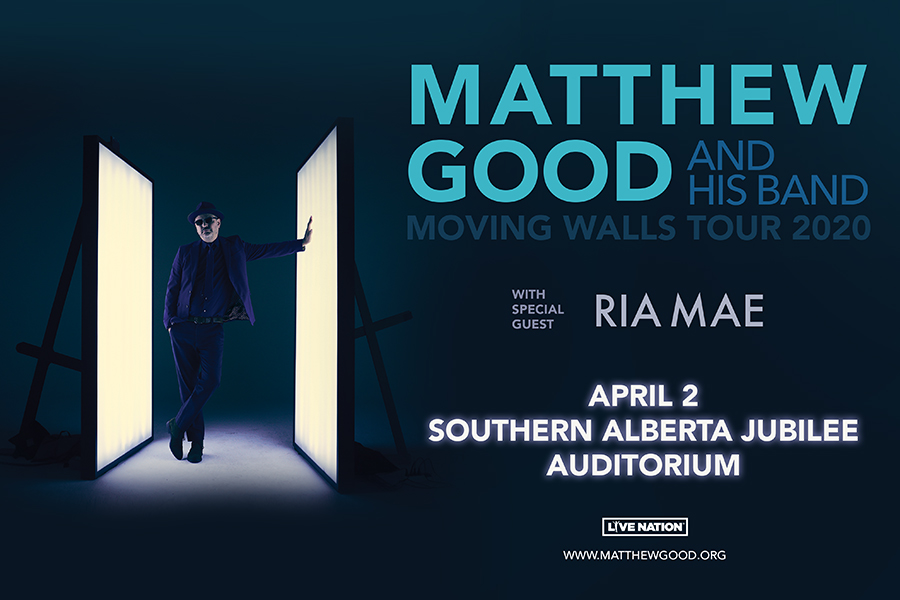 POSTPONED: Matthew Good and His Band

Due to the unprecedented circumstances surrounding COVID-19, Matthew Good’s MOVING WALLS tour has been postponed.

Get Tickets »
This event is also showing at the Northern Alberta Jubilee Auditorium in Edmonton.

Due to the unprecedented circumstances surrounding COVID-19, Matthew Good’s MOVING WALLS tour has been postponed. The tour will be rescheduled, and previously purchased tickets will be honored for all dates.

Matthew Good says, “There’s nothing more important than human life. Given the latest developments in the COVID-19 pandemic, it’s been decided that it is best for all to postpone my Moving Walls tour. New dates will be announced as soon as possible. I’m being told that you should hold onto your tickets, as they will be honoured at the rescheduled shows. Your ticket seller will be in contact with further details.”

More information will be released as it is available.
.
The iconic Canadian songwriter and performer Matthew Good today announced a 32 date headline tour. The run of dates is Matthew’s first return to the road with his full band since his sold-out nationwide tour with Our Lady Peace in 2018. The current slate of shows begin on March 4 in Pictou, NS and will bring Matthew across Canada with stops in Toronto, Calgary, Edmonton and Vancouver to name just a few. Tickets and VIP packages for the tour will be available at matthewgood.org on Friday December 13, but fans of Matthew will have access to his presale on December 10. See below for a full run of dates.

In addition to the tour dates, Matthew has announced his new album MOVING WALLS, available everywhere music is sold on February 21. The sumptuous, orchestral, and wildly multifaceted album is a 15 track masterpiece, recorded at the legendary Bathouse Studios with longtime Good producer Warne Livesey. MOVING WALLS was heralded by the emotionally charged first single “Sicily,” for which fans can view the powerful official video here.

Matthew will be continuing to release new music leading up to the release of his new album. To stay abreast of all the latest Matthew Good news, check MatthewGood.org regularly or follow him on Twitter @mattgood, Facebook at facebook.com/matthewgoodmusic, and Instagram at matthewgoodgram.